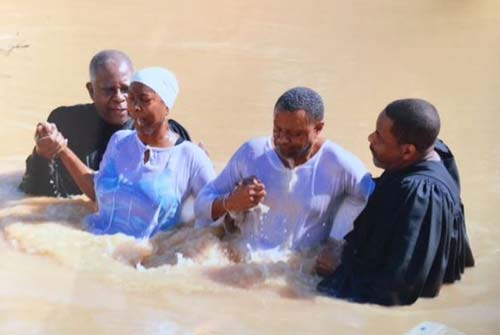 MY FAITH: LEARNING THAT GOD HAD CONTROL ALL ALONG

God and religion were always a part of my life. However, at the time, they were not as important to me as they were to my mother, who was a strong believer. I was baptized as a youngster, and we did as we were told and accepted all the religious practices our parents required of us without, perhaps truly understanding their significance. Their impact on me in my adulthood would be profound, and they created the groundwork for a faith-based life.

I lived most of my adult life thinking that I was in control Monday through Saturday, and God was in control on Sundays. All that changed on a beautiful Saturday morning in May 2007 where suddenly, I was hit in quick succession by two nearly fatal strokes, and I was no longer in control of anything.

After waking up from a coma, the first thing I remember were words my mother had said to me many years before, “God never gives you more than you can handle,” which is based on 1 Corinthians 10:13. In time, I started to see God’s hand at work and I knew He had indeed sent me this storm. I later realized that I needed a stroke of faith, a chance to surrender and seek His face and since I was too busy building treasures that rust and fade, He had to shake me up.

Through this stroke of faith, I got a glimmer of what it would mean to accept a whole new life, the one God wanted for me, and that it meant I had to be willing to surrender the old me, let go of the old Mark. I learned that I needed to move from acceptance to surrender, and from hope to faith. I know that God touched me because in the past, when God sent me storms of any kind, my response was different: my instinct was to fight the storm. Sensing God’s presence in such a powerful way allowed me to simply surrender and lean on Him for help.

During the extensive recovery process, God provided me with several tools that brought me encouragement from various Scriptures to favorite gospel music that I listened to on a daily basis, especially as I trained for a 5K after the stroke.

Favorite music that has brought me tremendous encouragement, especially as I trained for a 5K:

While I’ve made nearly a complete recovery, my life will never return to the pre-stroke normality. Through this crisis, I’ve gained a deeper understanding of the centrality of God’s role in my life and in all of our lives. God is in charge – every day. Mark Moore Is not. Turns out I never was.